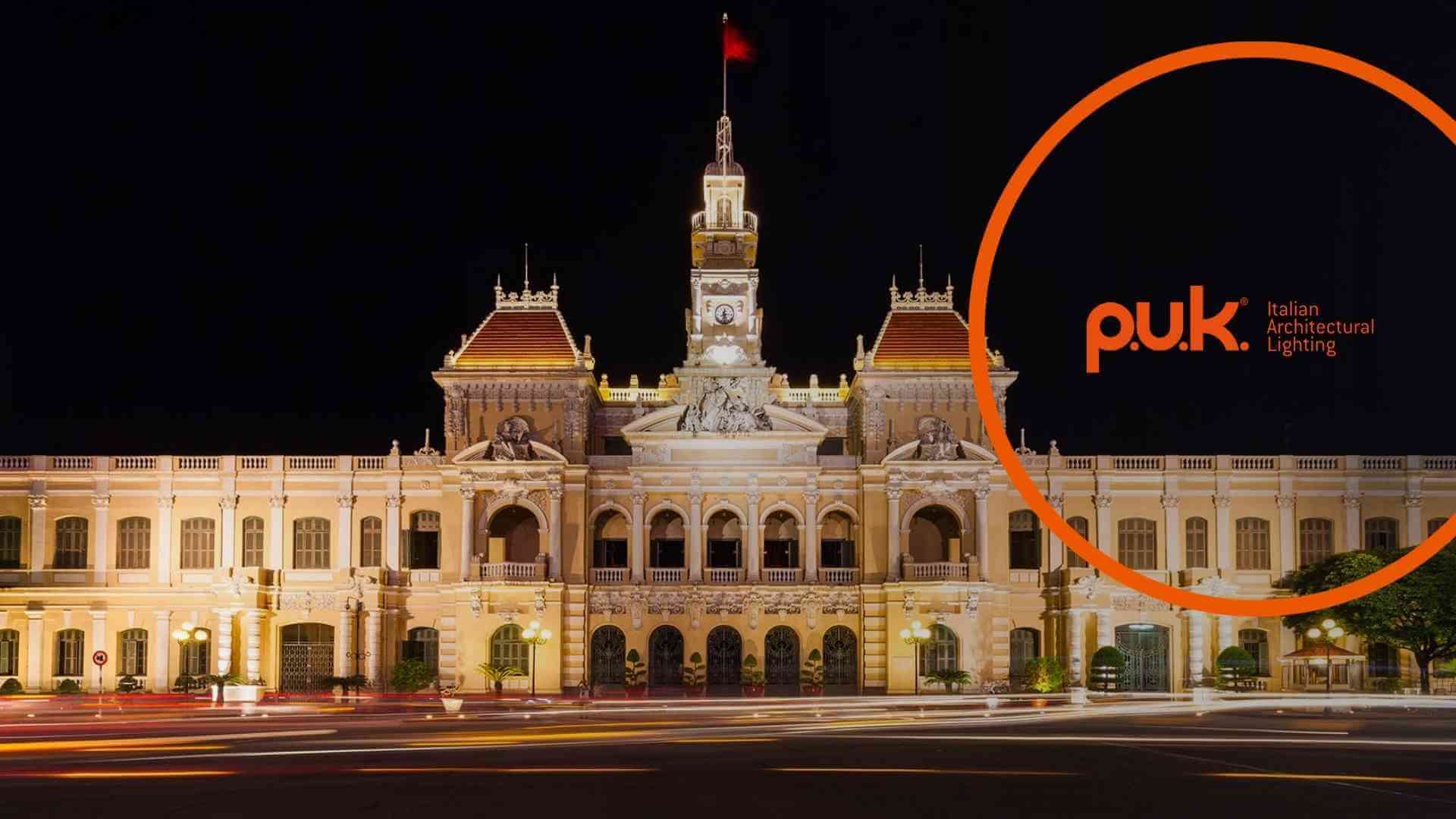 The Ho Chi Minh City Hall is one of the most prominent buildings in the centre of the city, which has been the capitol of Vietnam from 1949 to 1955. In 2017, PUK took part to a project aimed at the creation of the best lighting design to bring out this astouding place, and this article focuses on the items which were implemented in the final result.

Also known as “Saigon City Hall” or “Hôtel de Ville de Saïgon”, this structure was built in the first decade of XX century.
The most prominent feature of the building is the French colonial style of its architecture, which attracts a large number of tourists who like taking pictures in front of the triumphal facade. The building shows its full aesthetic potential at night, when the City Hall and its surroundings are lit up by the amazing lighting design which enhances the uniqueness of the place.

The new lighting design of the City Hall includes almost 250 luminaires created by PUK, all pertaining to four different product families.
The lighting fixtures which were chosen for this ambitious project were Line-B 21, Case Medium, Line-B Slight, and Line Vetro.

Case Medium is a square floodlight for outdoor installation powered by 5 LED lights. This fixture comes with two different brackets (a short fixing and a medium fixing one) but can also be provided with an extended one.
The project has included 70 Case Medium luminaires providing three different light beam options.

The City Hall has been provided with 54 Line-B Slight 35 arms – extremely sleek linear luminaires marked by an essential, refined design.
Line-B Slight mounts 35 LED lights and can be installed on facades and walls thanks to a two-arms fixing system which allows product orientation.
Special optics with Invisa-light technology also provide high visual comfort.

24 Line Vetro ground-recessed luminaires have been included in the project thanks to their high versatility and refined look.
This luminaire can provide three different light beam options as well as an asymmetric wall-washer effect.

If you want to see more about our contribution to the Ho Chi Minh City Hall, you can find more pictures here.